July 08, 2011
The Sunday before last was a real scorcher in this part of the world, spurring my sister and I to head to the beach in the early evening (having been busy in the daytime).  She's on the left in this photo, which was taken by her partner - we're not saluting him - the sun was still  dazzling at 6 pm.

I'm holding the wooden surf board that I first used from about the age of 10 - it's a bit scratched and beaten up but still works a treat! 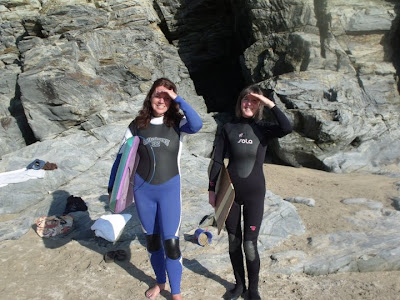 Wetsuits are essential - the days of braving UK sea temperatures without adequate insulation being long gone. In fact, prior to buying the wetsuit (and boots) I hadn't ventured into the sea for years - what a worthwhile investment that particular purchase has been, a real 'passport to fun'. 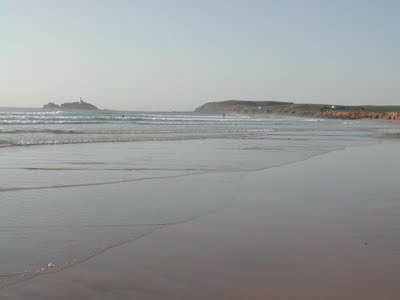 Conditions were lovely - nice breakers, with a gentle off shore breeze to lift spray from the waves, and not a cloud to be seen.  We're on Gwithian beach on the other side of St Ives Bay, with Godrevy Lighthouse in the distance. 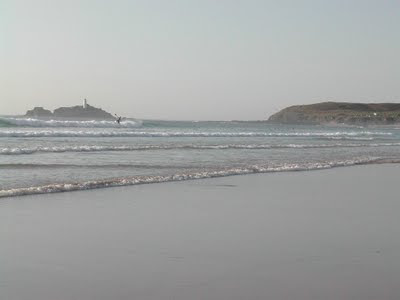 Looking in the other direction, cliffs fringe the beach. 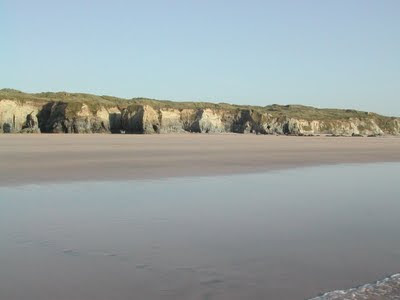 A tranquil evening, with colours deepening as the day shortens. 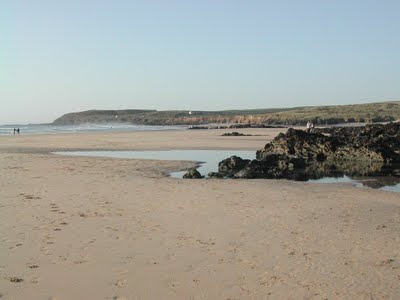 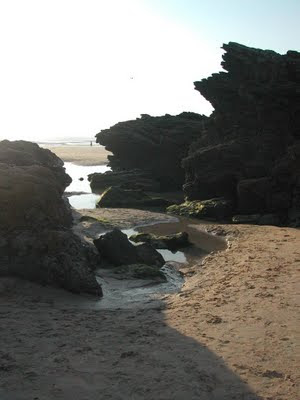 Just before we left, coming up to 9 pm and still beautiful. 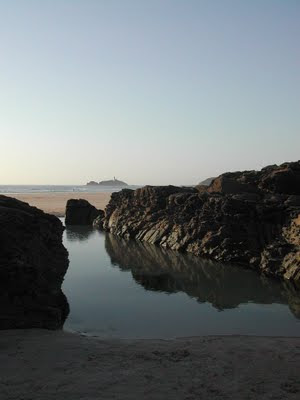 This Sunday was hot and sunny again which saw me in the sea at Porthmeor, the surf beach in St Ives that faces into the Atlantic.  The waves were great, with plenty of force, though the water was much colder.  The sand is coarser too, pulverised shell and rock fragments are easily seen - I suppose that Gwithian is so much warmer owing to being on the inner curve of a shallow bay allowing the water to lose its chilly edge and the sand making process to become more refined?

Have a good weekend everyone - hope that it's sunny where you are. x

November 2021 - Small paintings on board.